Kamogelo Masemola’s diverse and experimental painting practice resists easy characterisation. His work includes structured, figurative compositions, capturing the world of South African jazz, yet he is recognized for his abstract paintings that feature-rich bursts of colour, atomised forms and layers of paint as well as strong geometric elements.

His paintings combine representation, abstraction and colouration, minimalism and gesturalism. His unique technique of manipulating layers and layers of oil paint, using a heat gun and paintbrush evoke the idea of action painting. While his references are broad, he describes his main inspiration coming from nature – he captures the emotional essence of water, fire and earth while incorporating structured elements, reminiscent of his love for industrial design.

Distilled to essences of shape and colour, his paintings always foreground the particularities of the medium, its defining characteristics. The viewer is captured by the bold beauty of his work, the movement, creation and destruction of shapes and exquisite combination of colours, a deeper exploration reveals the underlying tension between abstracted, natural beauty and geometric exactness, an inconsistency that characterises present-day human existence.

His uses a meticulous and process-oriented approach, and his paintings realize the triumphs and struggles of the artist’s practice,  control and chaos, making and unmaking, beauty and destruction. The resulting paintings have a dramatic, exuberant quality.

He discovered his love for the visual arts during his time at the local primary school where he attended afternoon classes, participated in and won several art competition that created the foundation to his career choices later on. During this time he was under the mentorship and guidance of Paul Madi Phala, Michael Zikhali and Buti Masike.

Initially, he was deeply attracted to the world of design, hundreds of his sketches are proof of his dream to becoming an industrial designer, but the idea of unrestricted creativity eventually led him to attend Fuba(School of Dramatic and Visual Arts).

In 2003, he completed a diploma in fine arts, majoring in drawing, painting, sculpture, ceramic, and art theory.

He dedicated time and effort as an art teacher (2003 – 2013) in trying to better the artistic potential of the youth of Kwa-Thema, and rebranding and repositioning the township as an art powerhouse. Interestingly, Kamogelo considers an incident with an out of the box thinking students as a key moment for his own approach to making art. When the boy refuse to follow the “traditional” art genre, he became acutely aware of his own restrictions and developed a more experimental approach, resulting in his love for abstraction and exploration of new materials and techniques.

He confounded BLAQUEINQ Contemporaries (BIC), an Eastrand/Ekurhuleni based organization/movement focusing on creating a community in which professional artist and newcomers working in a contemporary idiom can come together and showcase their work. Bic incorporates various forms of art with the focus on visual art. This includes but is not limited to photography, film, fashion design, illustration, art writing, music and performing art. In 2015, he moved to August House, an artist community in the center of Johannesburg, to focus on his career as a full-time studio artist. 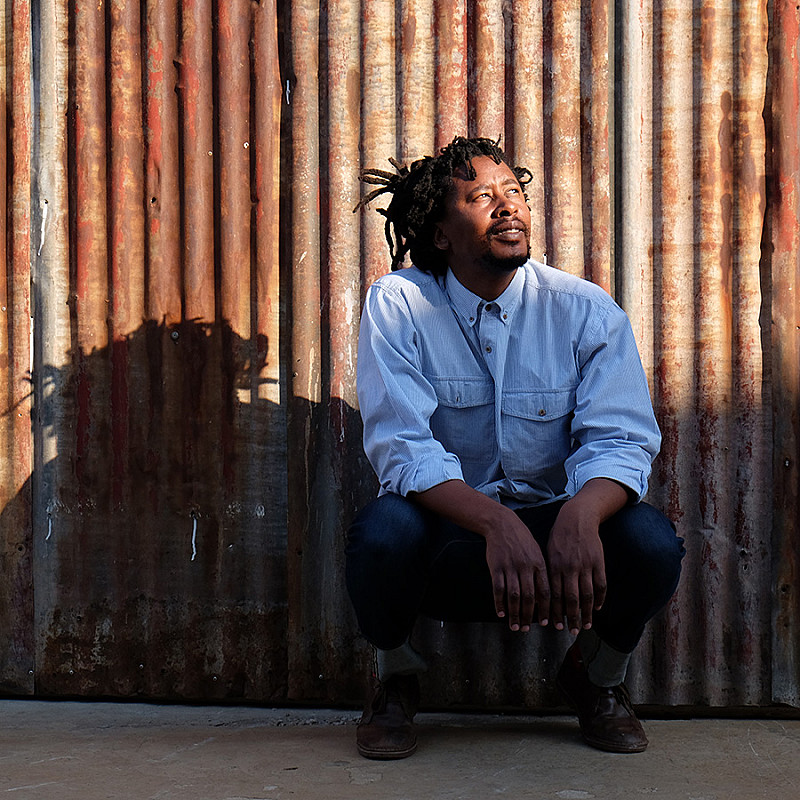