Khaya Sinyele’s work involves observations concerning social observations, social inequality, specifically relating to the family structure, as well as religious hypocrisy, faction-fighting, and witchcraft. His confident brush marks and bold coloured palette which he contrasts with strongly defined outlines with detailed painting which highlights the characteristics of his subjects. This defines the image, without surface disruption. In “Hawkman”, Sineyile, comments on those in society who prey on the vulnerable. Using hybridity, as a means to create a new image, a young man, well dressed, whose piercing eyes stare ahead, as if gazing at his victim, has been painted with the beak of a hawk, as an extension of his mouth and nose. In Hawkmans` hair, we see almost stencilled, graffiti like letters, which symbolically suggest thinking and planning, making him unsuspectingly dangerous. 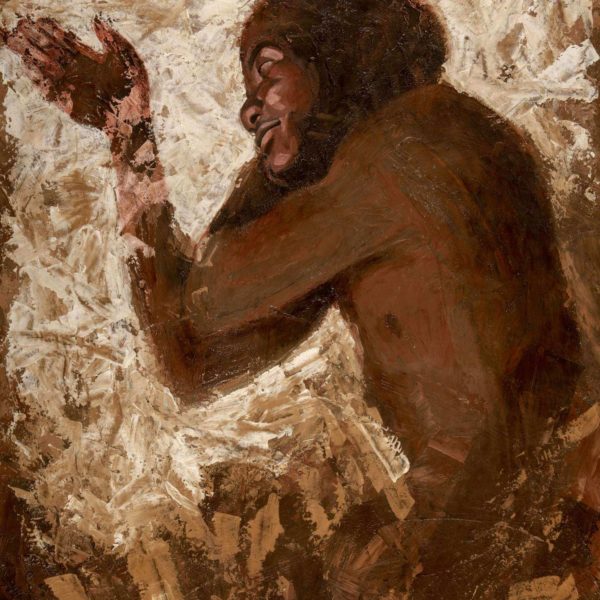 No need to hide when my feelings are my guide 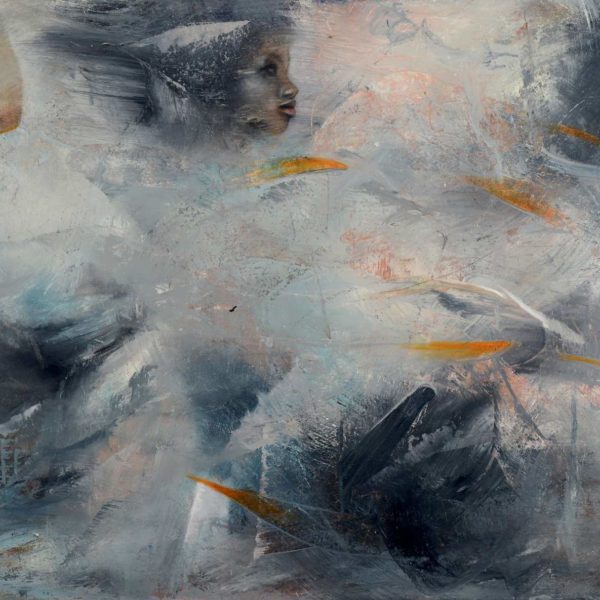