The thought-provoking artworks of Ludumo Maqabuka will visually delight and inspire. This urban contemporary artist was born in the Eastern Cape. Coming from a rural background, Ludumo was fascinated with the contrast between where he had come from and the urban lifestyle, he found himself in. Ludumo says “In the city, it was easier to access different cultures and I was hooked on the American Hip Hop culture and its elements of graffiti captivated me even more.”

Essentially Maqabuka`s works comment on the duality of identifying with a traditional rural background while living in an urban contemporary world.

In “Laliboi” Ludumo captures the sense of city rhythm with his graffiti style abstraction in hues of green and gold with accents of pink, tangerine and white. The portrait of eclectic musician Laliboi, emerges from the graffiti background reading as a pixelated image in tones of grey. Maqabuka’s portraits appear as a stencil, however each image is individually hand painted with tonal values to appear as a stencil. This is time consuming process, in direct contradiction to a stencil (which is produced very quickly) The visual contradiction forms a narrative of its own. The title of the artwork, appears as a graffiti tag, sprawled across the bottom of the portrait. This distinct tag, a mark making process is unique to Ludumo Maqabuka`s artworks. Ludumo Maqabuka is also a DJ, known as DJ Dubltot.

Laliboi and Ludumo are contemporaries, both coming from rural areas of the Eastern Cape and have experienced the duality of an identity that marries the traditional Xhosa background and the urban environment. 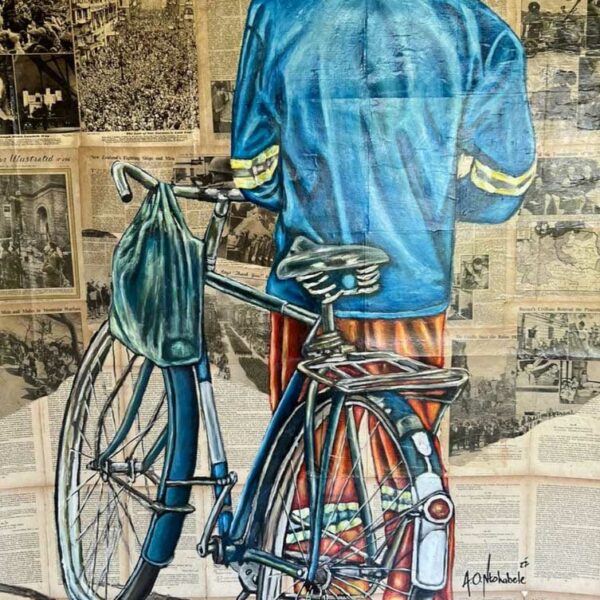 One Story is Not Enough 2 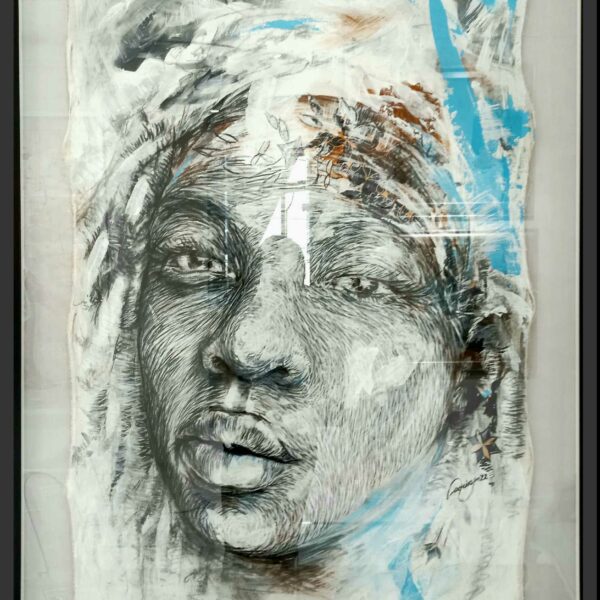 Joao Ladiera
Into the Light, Original Art
$2,353
Add to basket 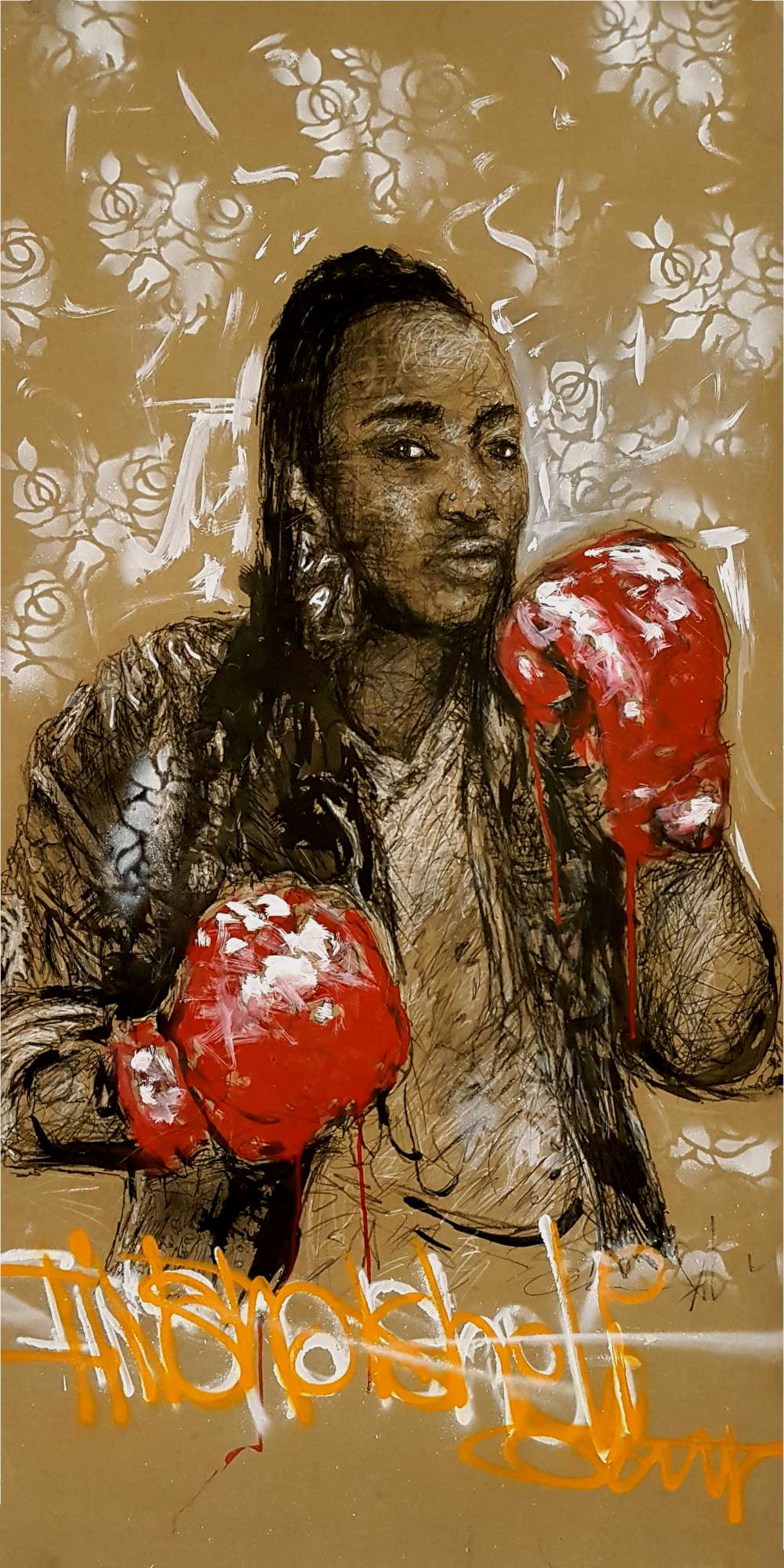