The Magic of Being

John`s highly detailed portrayal of an Indian rhino intends to get a sense of the scale and beauty of this massive animal, who chooses to exist in a realm of magic, and even though threatened, is choosing to carry on with their life, creating magic as it interacts with the world. This work highlights a species under pressure to survive, as it is persecuted for its horn. As the rhino moves through the air it charges the space with its presence. The background has been created in a very specific way to represent the realm of magic. The use of silver in the detailed background, and the flecks of gold within the rhino itself both reflect light. The catalyst for using reflective metallic colours relates to ancient manuscripts, where everything living is deemed sacred. Gold represents the soul of a being while silver represents the influence of the being in the world. The narrative suggests that we always have a choice, to remain positive even in dire situations.

This work was a finalist in the David Shepherd Wildlife Foundation exhibition in 2021. 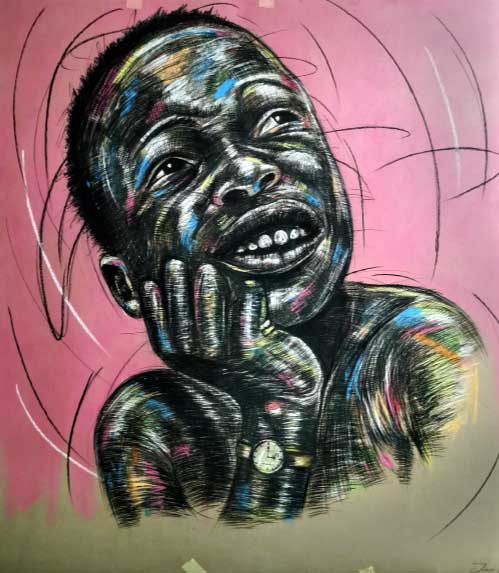 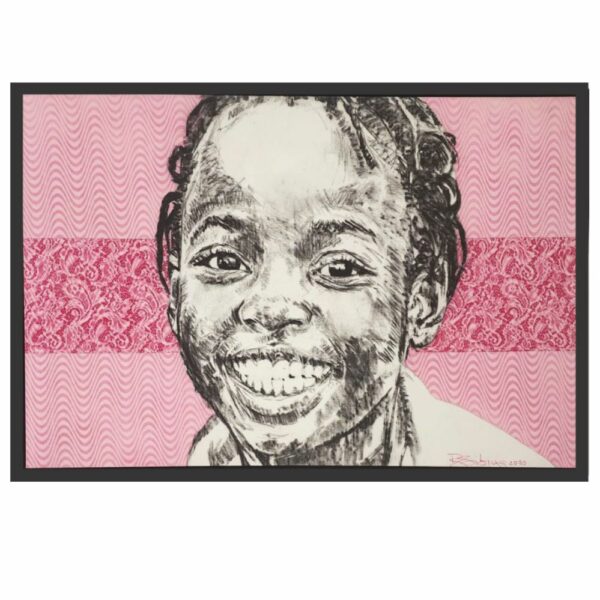 Portrait of young girl in pink 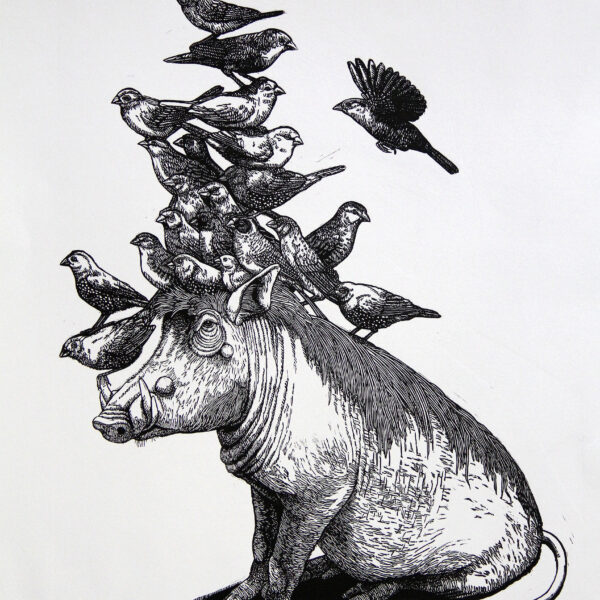