“The Prayer” is a large, strong artwork, pregnant with presence, depicting children bonded together in the contemplative act of prayer. The children are led by community elders, even though they are depicted in considered linework, the sense of guardianship allows a certain kind of unspoken vulnerability amongst the children to become visible.

This powerful artwork finds itself fully formed on the substrate of pre-owned music score written by Walter Carroll, who was well known for composing piano music for children. The pieces that appear in the background were written in 1933 by Carroll. Andrew typically references the past in the vintage music score, against that which is current, metaphorically represented as children. When the past and the present encounter each other, a space lies between, from which there is an opening toward personal dialogue and contemplation. Interpretation is rich, varied, always personal, engaging the viewer with their own memories of childhood, to inner contemplation of our own childlikeness in engagement with our Creator.

Andrew NtshabeleDance of the Counterpoints 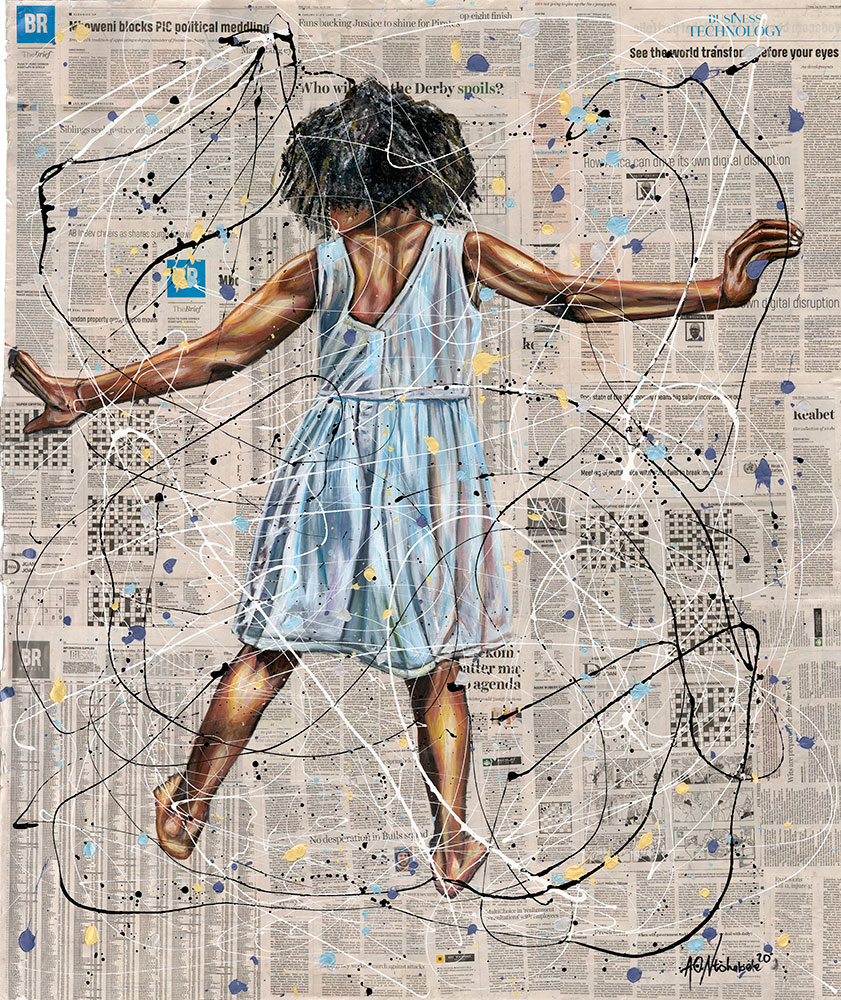 There is Room for Hope 3 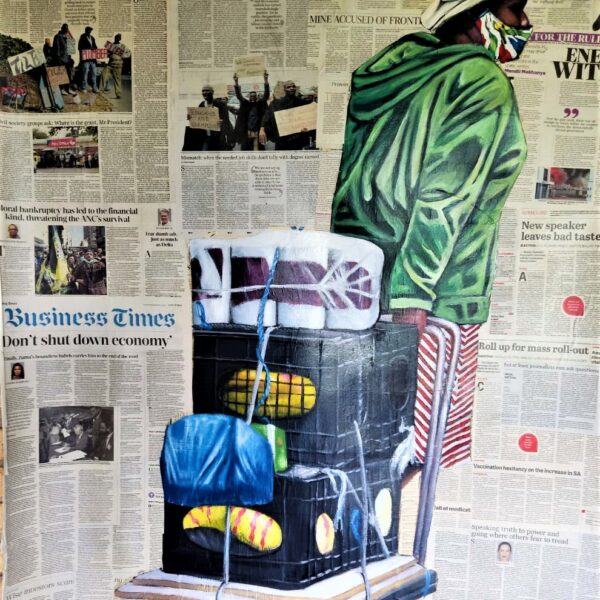 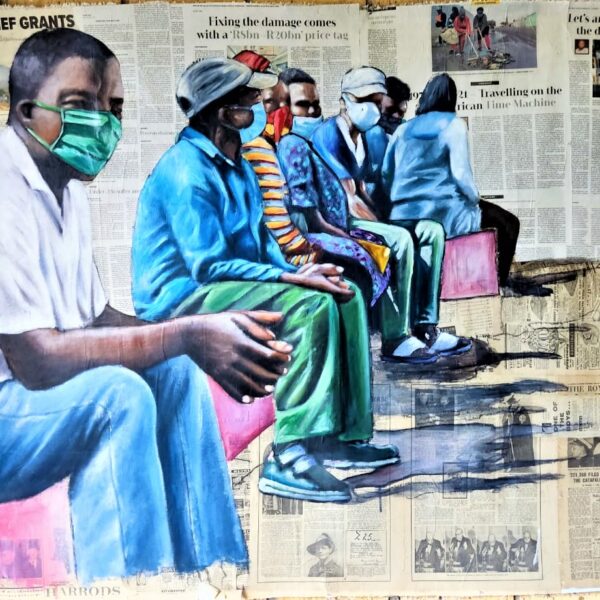