A white lion, in the prime of its life, The King of the Beasts, walks a sacrificial path, willing to give his life to show man that needs to reconsider his relationship with nature, that he needs to become a contributor, rather than a taker. With a perspective of unity, only then will we save the many species threatened by man’s greed.

The symbol of the flowers relates to the tradition of the “Last Rights” which goes back to Medieval times where Knights swore firstly to their King/Queen and Country. It was the responsibility of the Knights to protect the Kingdom. When marauding armies attacked the lands, the Knights, knowingly would ride out in their regalia – knowing that they would be sacrificed for their commitment to their faith and service to their people. Before the Knights rode out, the villages would throw flowers onto the ground in honour of their deeds, which became known as the “last rights”.

I have depicted this story with a white lion, a symbol of purity and legend in African fables. He walks with pride as “king of beasts”, willing to sacrifice himself first. White lilies are indigenous to Southern Africa, they tumble through the air and are symbolic of purity and strength. 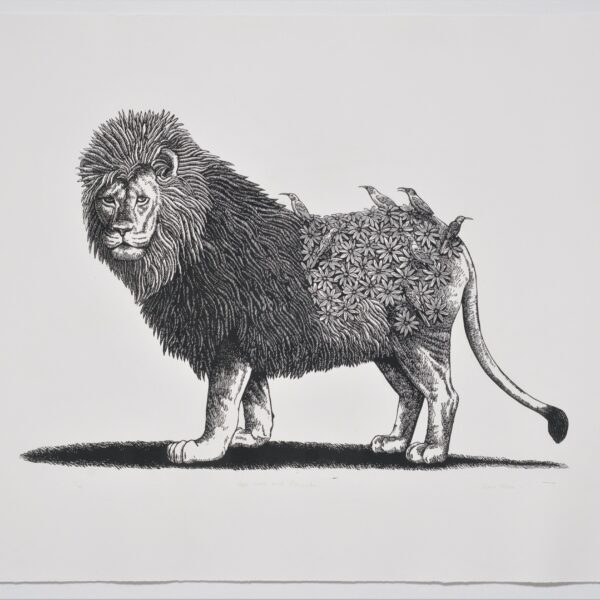 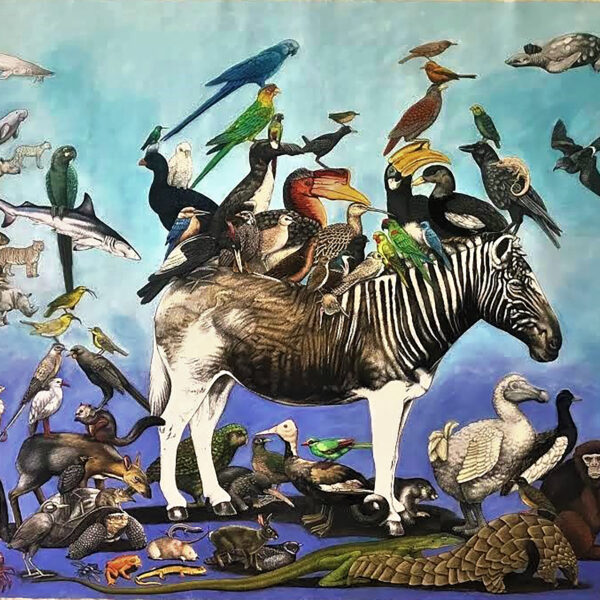 Remembering the Past, Present and Future